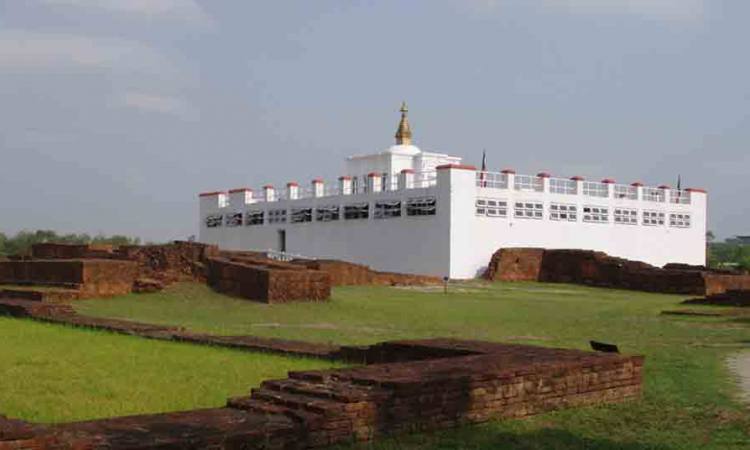 Geographically, a landlocked country "Nepal" is lying between India and the Tibetan Autonomous Region of China. Mostly Nepal is much popular because of Mt. Everest (29,035 ft; 8,850 m) highest Mountain in the world. Along its southern border, Nepal has a strip of level land that is partly forested, partly cultivated. North of that is the slope of the main section of the Himalayan range, including Everest and many other peaks higher than 8,000 m. including Mt. Everest, there are large numbers of beautiful mountains are available with more than 8000 m. high like Mt. Kanchenjunga (8,586 m), Mt. Lhotse (8,516 m), Mt. Makalu (8,463 m.), Mt. Cho Oyu (8,201 m), Mt. Dhaulagiri (8,167 m), Mt. Manaslu (8,163 m) Mt. Annapurna (8,091 m). Moreover, there are over 1,300 peaks above 6,000 m. high. These all beautiful high mountains are the property and the attraction of Nepal.

Next, the spiritual homogeneity is the subsequent exceptional feature of Nepal. The flourishing of fine art and design of Nepal imitate the artistic ingenuity and the spiritual rehearse of people as well. The crystal clear ponds, turbulent streams alongside deep gorge and hot springs can be well thoughts out as the main appalling point of Nepal and plants like orchids and burdened rhododendrons is as pleasant as you can visualize. Verities of cultural clusters have their own melodramatic sophistication, tongues and dialects but most of them can converse in Nepali. The past splendor and magnificence of this earth can be perceived in the architectural expression yet to be discovered in the antique metropolises of Kathmandu, Patan &Bhaktapur.

Historically, the early sophistications in Nepal that flourished concerning the 6th century B.C. were confined to the productive Kathmandu Valley whereas the contemporary capital of the alike term is located. It was in this area that Prince Siddhartha Gautama was born in 563 B.C. Gautama attained enlightenment as Buddha and spawned Buddhism.Nepali rulers' main patronage of Buddhism mainly provided method to Hinduism, imitating the increased impact of India, concerning the 12th century. Nevertheless the consecutive empires of the Gopalas, the Kiratis, and the Licchavis increased their law, it was not till the law of the Malla kings from 1200–1769 that Nepal consented the approximate dimensions of the present state.The crown of Nepal was fused in 1768 by King Prithvi Narayan Shah, who had escaped India pursuing the Moghul conquests of the subcontinent. Below Shah and his heirs, Nepal's borders increased as distant west as Kashmir and as distant east as Sikkim (now portion of India). A business accord was authorized alongside Britain in 1792 and once more in 1816 afterward extra than a year of fighting alongside the British East India Company.

Some Facts and Figures